Operationally, aircraft would be fully capable of flight within polar areas. However, there are certain procedures which crewmembers must familiarize themselves with due to the degradation of the performance from using magnetic navigation. These magnetic discrepancies occur not only in polar areas, but also certain areas south of 78 degrees in areas known as Keyhole areas.

The cause for the loss of heading information is due to three main factors:

First, the compass will no longer point north/south at latitudes within 20 degrees of the poles due to the tilt of the earth’s axis.

Secondly, isogonic lines crowd together in the polar regions causing dramatic changes in the field over very small distances.

Thirdly, the direction of the magnetic field is nearly vertical near the poles. This reduces the torque that would normally be applied to the compass to determine direction. (Errors and Limitations of the Compass Parkinson).

For these reasons crewmembers should always use True heading in the Keyhole Region.

“Flight crews should be aware of the potential for a loss of heading information when operating in the area of Northern Canada above 70 degrees latitude and between the longitudes of 90 degrees West and 130 degrees West. The area defined by these coordinates combined with the Polar region cutout of all airspace above 82 degrees North has the appearance of a keyhole when viewed from a polar perspective”

(Gulfstream Operational Supplement OIS-11) and is so named. 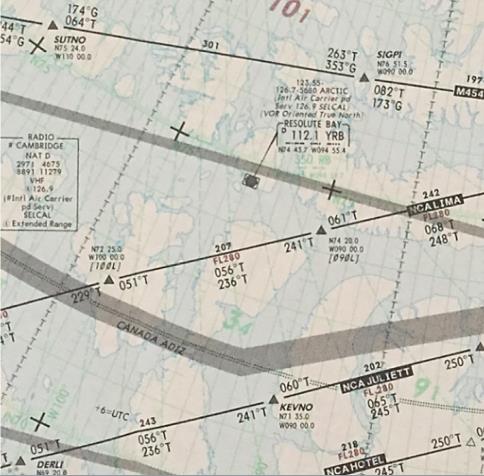 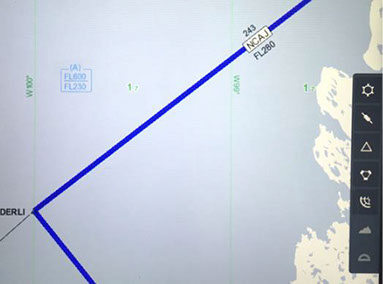 Interestingly, most FMS systems should automatically switch to True navigation in these regions. However, the Gulfstream Operational Information Supplement warns that this auto switching from magnetic to true may cause a loss of heading information due to a disagreement in the coordinates of the “Keyhole” area stored in the IRU vs. the data stored in the FMS.

Flight crews may identify routes where True navigation is required when the symbol T appears along an airway.

In the example to the right taken from the North Atlantic Orientation Chart, routes that are to be conducted in True navigation are circled. A couple of important notes: the fix KEVNO is only 71 degrees North Latitude. However, it falls within the keyhole area that requires True navigation. It is also important to note that you will not see the T on the Jeppview map regardless of how much you zoom in. The chart below taken from Jeppview highlights the leg from DERLI to KEVNO. 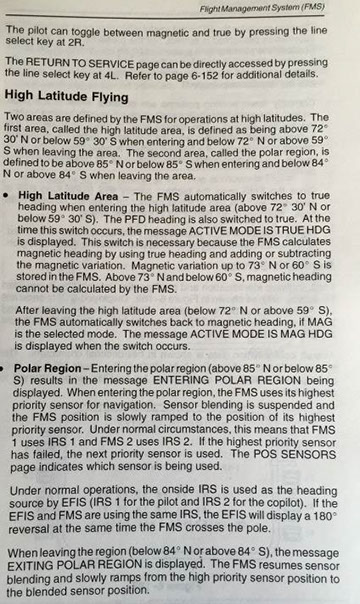 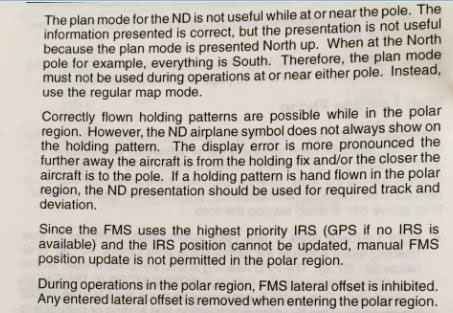 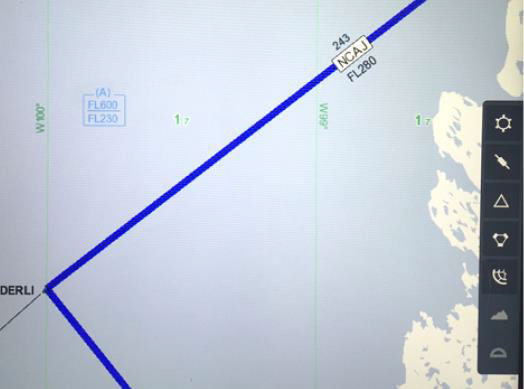 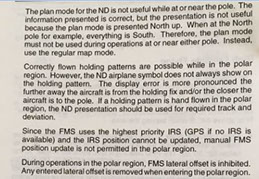 The next obstacle to a flight crewmember is determining how an approach is to be conducted in an area where True Navigation is to be used.

The following is taken from the Honeywell FMS manual for the Gulfstream IV.  This reminds flight crewmembers of the significant alignment time necessary for the IRS systems between 70-78 degrees North and 60 degrees South Latitude. It also directs flight crews to manually select True heading in the FMS for operations above 73 degrees N and 60 degrees South, despite the fact that the system should auto-switch. Crewmembers shall also not conduct ILS, MLS, TCN or VOR navigation above 73 degrees North or South of 60 degrees unless special procedures are followed per Section 2A-34-00.