If you are a commercial operator you may be aware of and currently use security seals on your aircraft. Security seals are placed over doors and access panels and enable crew members to determine if the aircraft has been tampered with. The seals when broken will indicate that the particular area has been accessed. While security seals are a good security indicator and a general deterrent to potential threats, they must be implemented correctly in order to be effective. 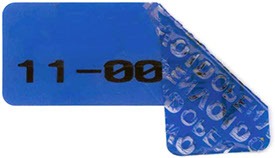 All security seals should be numbered and recorded. Without recording the security seals there is nothing preventing would be assailants from accessing your aircraft and simply applying a new sticker to the door or access panel. When re-inspection of the aircraft occurs, the same crew member who applied the security seals should remove them and verify that each sticker that was applied is verified to be secure in the preflight. What occurs without numbering and verifying is that inevitably seals are missed and it is not until weeks later that crewmembers discover that an area was not determined to be secure, or worse yet two crewmembers walk around the plane opening panels and breaking security seals in such a way that it is impossible to determine if an area of the aircraft was tampered with. The long story short, if you are going to go to the trouble of

using security seals you should use them consistently and correctly. 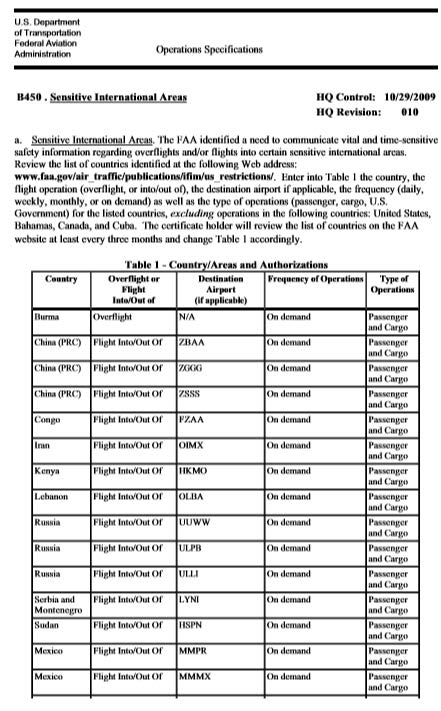 When Should Aircraft Security Seals Be Used?

Some aircraft operators require flight crews to use security seals at any foreign airports, while others require security seals at airports that are unfenced and unmonitored by law enforcement. It is recommended that at a minimum flight crew members review Operations Specification B450 or the FAA Prohibitions, Restrictions, and Notices. Operations Specification B450 will provide a list of sensitive international areas where an evaluation of aircraft security should be considered. An element of that security plan should certainly include security seals. 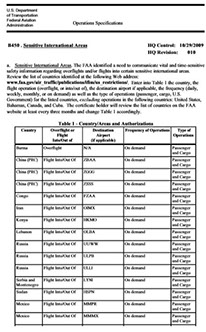