An Equal Time Point is the point along a route where it would take an equal amount of time to return to the ETP origin or to continue to the ETP alternate airport. In zero wind conditions the ETP would be located at the midpoint of the route. ETP’s aid pilots in determining whether to “continue on” or to “turn back” based on certain contingencies such as engine failure, loss of pressurization, or medical emergency.

On a route from the West Coast of the U.S. to Hawaii there are only two ETP alternate airports considered. Flights over the Atlantic, however, will have multiple sets of ETP alternate airports to be considered. For example, a flight departing from Teterboro to Madrid, Spain may use Bangor, Maine or Santa Maria Azores, as well as the ETP nearest the West Coast in Europe. 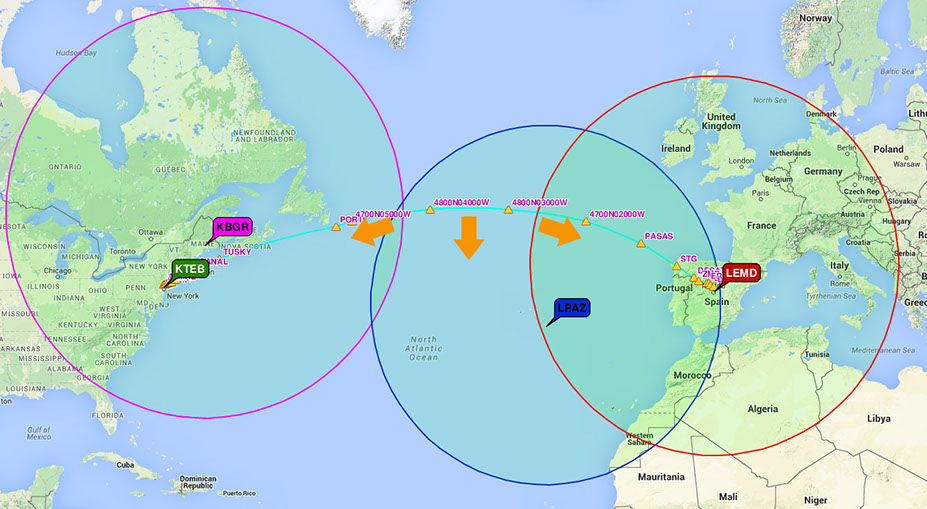 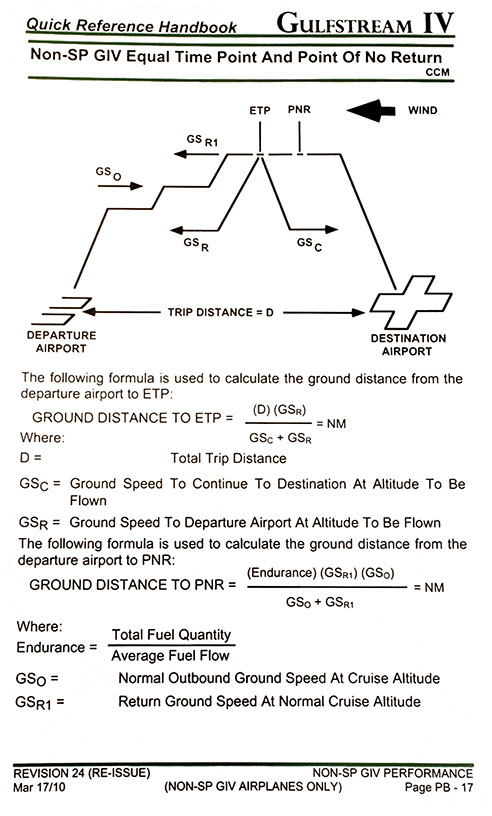 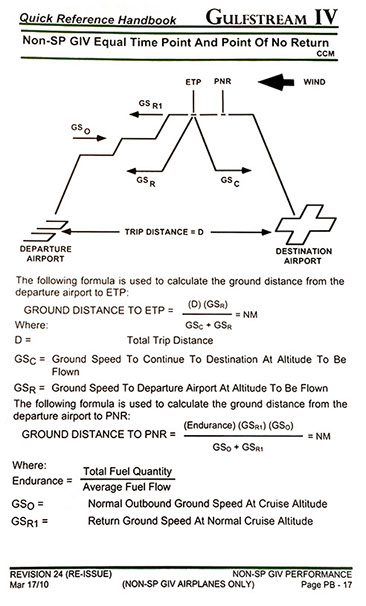 Step 1: Calculate ETP points for the following legs: CYQX-BIKF= 1366 NM BIKF- LEPP= 1462 NM. Once the ETP distance has been solved, plot the ETP point on the leg from CYQX-BIKF and the leg from BIKF-LEPP

Step 2: Now draw a perpendicular line from the ETP waypoint from CYQX-BIKF until it crosses the intended course line. Perform the same procedure for the leg from BIKF- LEPP. 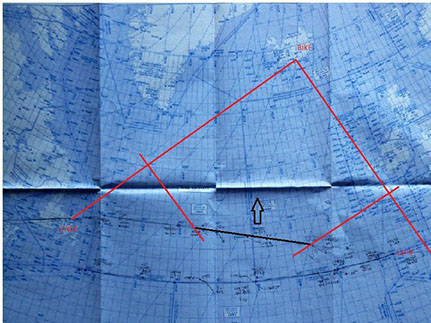 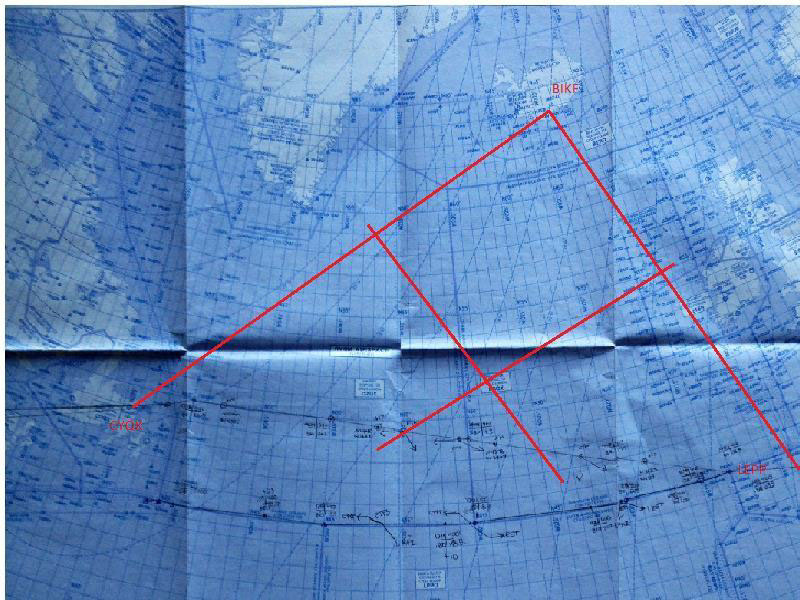 If, however, the perpendicular ETP lines cross each other prior to the course line, BIKF will never be used as a third alternate, and the divert airports would be simply to return to CYQX or continue on to LEPP as shown below. 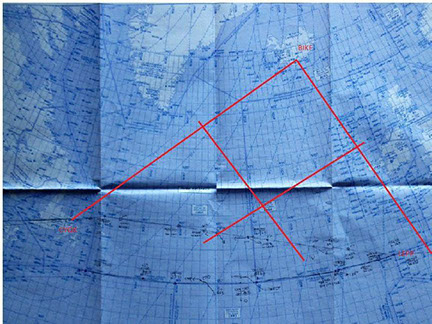 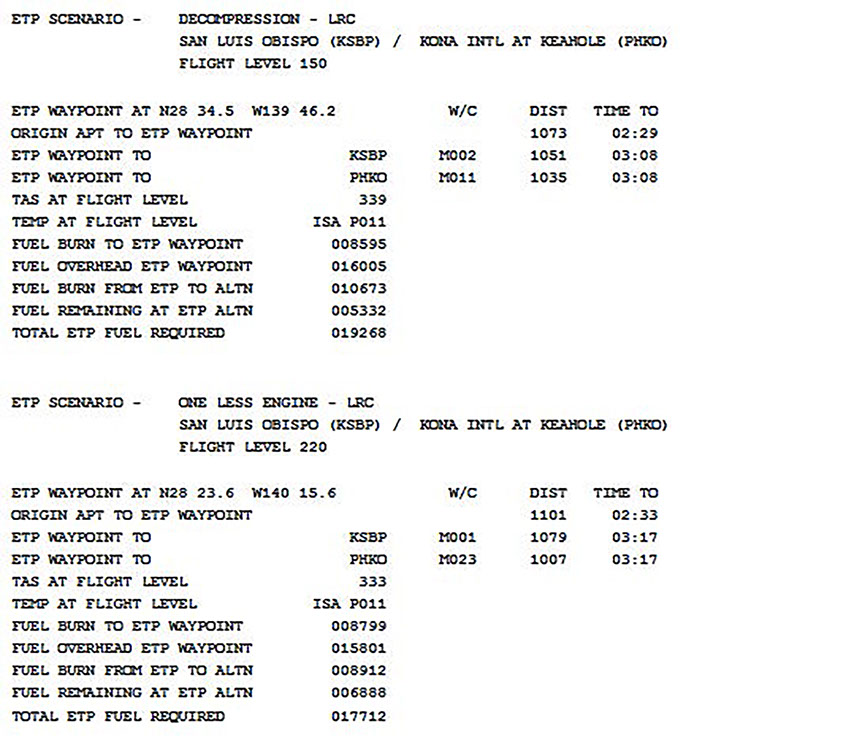 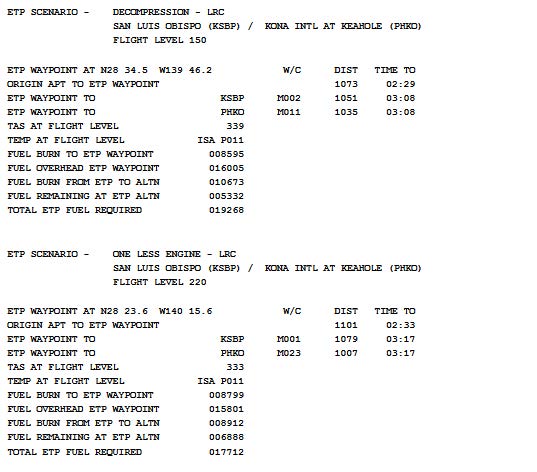 When using a third party to calculate ETP’s, it is very important for pilots to understand thoroughly how the equal time points are calculated and what altitudes and speeds the ETP’s are based on. Companies like Universal will manipulate the ETP altitudes in order to have the ETP points in roughly the same area.

In the electronically calculated ETP’s below, there is an ETP for pressurization contingencies as well as the loss of one engine. It is also common to have a third ETP calculated for medical contingencies, which assume all engines running, at the pre-selected cruise speed at the pre-selected altitude. In the decompression example the ETP is based on an emergency descent to 15,000 feet. (10,000 feet is also a common option.) Flight crews should review their aircraft oxygen capability to supply passengers and crew based on the pre-selected emergency descent altitude. 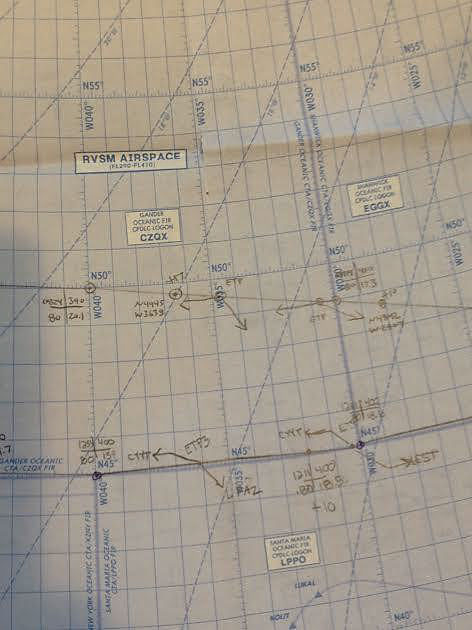 Once the ETP’s have been reviewed and determined to be acceptable and accurate, they should be plotted on the chart and ideally denote the direction the aircraft shall fly in order to comply with the ETP calculations. This is easy in the case of only two divert waypoints, but will become more complex with three or more divert airports.

It is also important that the ETP waypoints SHALL NOT be entered into the FMS as waypoints on the active route, as the FMS will fly a Great Circle route to those waypoints which may cause a GNE. If a hot spare FMS is available, it is helpful to enter the ETP waypoints in the third, non-navigating, FMS to help identify quickly when the ETP waypoints have been passed without navigating directly to them. 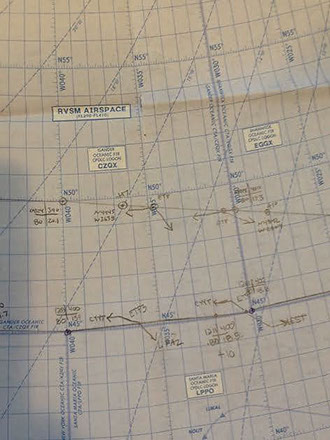